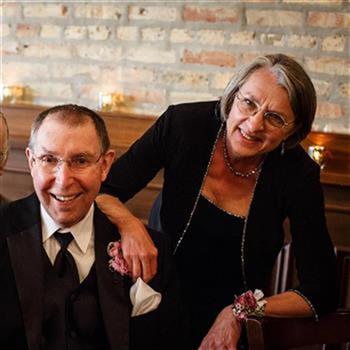 On October 10, 2021, which also happens to be Greg's birthday, we (that's Greg and Geoff, but the whole family is with us in spirit) will traverse 26.2 miles through the streets of Chicago to raise money for the Michael J. Fox Foundation for Parkinson's Research.

Parkinson's disease sucks. It's horrible. And Dad fought it for almost 30 years. Dad passed away on April 20, 2018, and so this is our attempt to carry on Dad's legacy by continuing his fight against the disease.

There have been several important breakthroughs just in the last several years, both in medications that better treat symptoms, and also in understanding the disease itself, what causes it, and how to potentially cure it.

So, we are making progress! And it's your money that's helping immensely!

Thank you for your donations. We will beat this disease.

Here is a little bit more about the Michael J. Fox Foundation and its mission:
Everyone can help end Parkinson’s disease.

A quick note on our fundraising goal: The Chicago Marathon requires us to raise a total of $3250 for both our entries into the race. (It's an odd amount, and there's some not-very-interesting calculus that goes into that.) Last year, you generously donated a total of $1700, and that pays forward into 2021. So we're looking at a total goal for 2021 of $1550, but we're hoping to blow past that and raise $2000.

10. MHMargaret M Henthorn
In memory of a great man and friend, Bob Zimmerman

13. JBJeff, Gina, Lucita & Huey Boehm
Glad to be a part of Team Zimmerman - you guys rock!