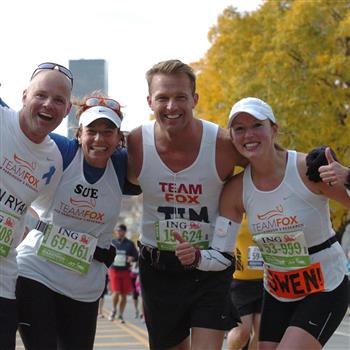 As many of you know, my father, Alan Schroeder, lived with Parkinson's disease for most of the last decade of his life. It was beyond hard to watch his struggle and decline. I was looking for a way to get involved and take action and found Team Fox. Little did I know then, running with this team changed the course of my life, my career and so much more!

Over 10 years later, I'm still running to raise money for the Michael J. Fox Foundation. For a few years I also worked as the organization's first creative director. In that role I saw first hand how much your donations are helping to improve the lives of people with Parkinson's disease. From new therapies like inhaled levodopa which can impact a patient's ability to be "on" faster than every before, to their virtual educational event series like Parkinson's IQ + You, the organization is working hard every day to change the course of this disease.

When you give today, 100 percent of Team Fox proceeds go straight to MJFF’s programmatic efforts.

Thank you so much for supporting my goal of raising $3,500 for the 2021 NYC Marathon. It's been harder than ever training with a 5 year old thru a pandemic, but I will carry on this fight until every single person that has or loves someone with Parkinson's is able to find this cure.

Team Fox is the grassroots community fundraising program at The Michael J. Fox Foundation for Parkinson’s Research (MJFF). MJFF accelerates high-impact science through smart risk taking and problem solving with a commitment to urgency and efficiency. I’m one of thousands of people around the globe who are turning their passions into Team Fox fundraisers to help them speed a cure for Parkinson’s.
Thank you for being part of this team!

4. ECElla Crivello
So proud of you! My grandmother has dementia and Parkinson’s this year and this feels extra special to support you today ❤️❤️❤️❤️
5. AAAnna Andreis
For all the fathers who live in us!

7. CGCourtney Garron
Big, big love. So proud of you.

11. LBLara Baker
Your dad is smiling down & so proud of you Gwen! Thank you for running & for all you’ve done to raise awareness for this worthy organization and all they are doing for Parkinson’s.
12. KKKaren Kubey
Go Gwen!

15. TFThe Hernández Family
Good Luck Gwen! We are with you every step of the way!!

20. LMLorraine Mitchell
You got this Gwen! Much love from Lorraine and Matt :)

26. ANAnna Novick
27. ejEmmy Jedras
go gwen, go! you are an inspiration for your grit and your honesty. i’ll be cheering you on!

28. FNFerrari Nicole
I am sure the wind on your back is your Dad’s way of helping you get to the finish line. Good luck, you got this.

31. JSJerald Shaffer/Yolanda Schroeder
Good luck... I know what you are feeling...Just enjoy as much as possible..Love you
32. CBColleen Beairsto
Can’t wait to cheer you on - you’re incredible!!!
33. 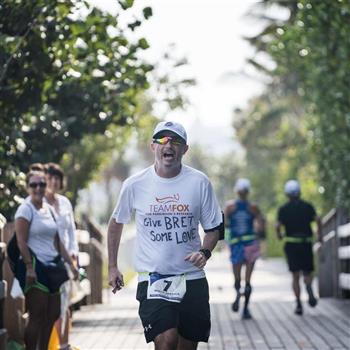 Bret Parker
You got this!! 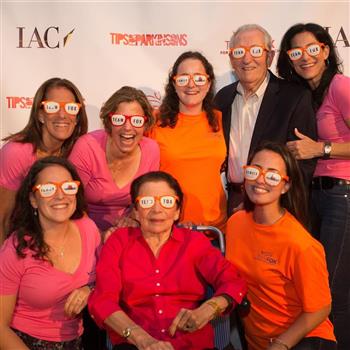 43. CHChantel Houston
You got this!! Your dad is smiling down ❤️❤️❤️
44. KBKathleen Bond
45. TPTanya Pillay
In memory of dearly departed dads and their final challenges.