I’m one of thousands of people around the globe who are turning their passions into Team Fox fundraisers to help them speed a cure for Parkinson’s. When you give today, 100 percent of Team Fox proceeds go straight to MJFF’s programmatic efforts. Thank you for being part of this team! - Team Welden
WW
William Welden
$8,879.00
0 miles 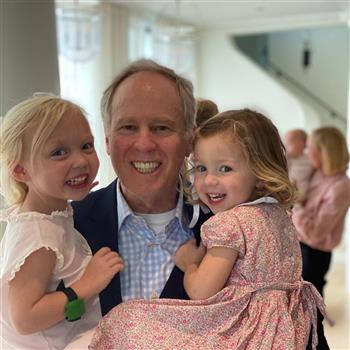 10. KWKathy And Mat Whatley
We are supporting Team Welden in their walk for Parkinson’s Disease research or wherever Team Welden wants it to go.

29. PPPenny And Ruffner Page
In honor of Bill Welden

33. MMike and Stacy Rowland
Thank you Bo for riding along. 🧡 team Welden🧡

34. MPMary Kay And Mark Pickering
We are happy to be a part of the team for Parkinson’s Research!

59. MMMary McWilliams
All My love to the dearest family!! Let’s get this cure found!! Love, Mary Mac

64. MMike and Stacy Rowland
So thankful for Team Welden coming alongside us to help put an end to PD!

65. MMike and Stacy Rowland
Thankful for you and Team Welden 🧡

66. MMike and Stacy Rowland
Welcome to Team Rowland. Thanks for riding along

67. MMike and Stacy Rowland
Welcome to the ride! Together we will end PD

76. EDElle And Lila Dennis
We love our Bill!

100. MMike and Stacy
Welcome to Team Rowland. We are thankful for you and Team Welden.