Working Toward a Cure for All of Us 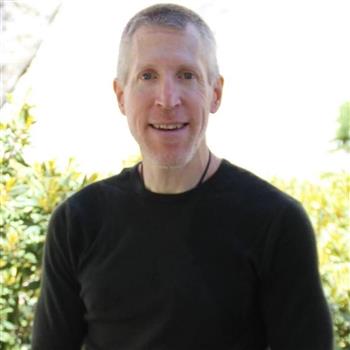 My name is Greg, and I am one of many people diagnosed with young-onset Parkinson's Disease. I want to raise awareness of Parkinson's, but awareness won't help find a cure without money to pay for research. That is why I am asking for donations! If you or someone you know is looking for a good cause to support, please consider donating to my fundraiser.

100% of every Team Fox donation is used to fund the research programs selected by the Michael J Fox Foundation.

What's my story? After college I spent several years as a United States Naval officer specializing in nuclear propulsion--a navy nuke. I signed up for five years, and after that I resigned my commission and began a career in IT. For the past 23 years I have been a computer programmer. For the past four years, I have been a "PwP" (person with Parkinson's).

I first noticed a problem with my movement when I was training for the 2013 Rock'n'Roll Marathon. My right foot started cramping up while I was running, and it gradually got worse. I knew something was wrong; it did not feel like an ordinary cramp, and it did not respond to ordinary treatments. My would-be first marathon became my second half-marathon, and after that I stopped running for a few years. I knew I had to get an accurate diagnosis, but I was content to put it off. Finally after two and half years, I saw a neurologist and underwent several tests over the course of about a month. It was both a punch in the gut and a bit of a relief to get a positive test result for Parkinson's, not only because it felt good to finally know, but also because some of the other possible diagnoses were significantly worse.

I have often said that, while Parkinson's sucks, two silver linings are people and exercise. Shortly after my diagnosis, I began spending time at the Luo Ruvo Center for Brain Health in Las Vegas, both as a patient and as a clinical trials volunteer--and the people there are awesome. A year later I began spending time (and then even more time) at Tony Cress Training Center--awesome people again, and with exercise mixed in. Exercise is the best medicine I know of. People exercise for many reasons--to increase strength and endurance, to move better and feel better, for improvements in health, to lose weight. PwP's exercise for all of those reasons, plus one more: to help manage the disease. Exercise has been shown to help reduce the severity of the symptoms and even slow the progression of Parkinson's.

Eventually I participated in a Spartan Sprint with a team from the gym. I intentionally say "participated" instead of "competed" since my goal is not to compete, but simply to finish. I had enough fun that I wanted to do more races, and I ended up completing a Spartan trifecta and a Tough Mudder 5k in 2019. Leading into 2020, I set several goals for myself.

1. Complete another trifecta . . . maybe a little faster than last year and with better performance on the obstacles.
2. Finish another half marathon.
3. (Maybe) attempt the Mt Whitney summit again. I say "maybe" because it depends on how the fundraising goes (did I mention that if you or someone you know is looking for a good cause to support, I could use your help?), and I say "attempt" because even the most qualified climbers sometimes can't make the summit, due to circumstances beyond their control. Add in the fact that I am far from the most qualified, and add in the Parkinson's, and there just is no guarantee. But make it or not, the attempt is worth the effort.
4. Take my 10-year-old son on a four-day canoeing trip to the Boundary Waters.
5. Complete a summit hike at Mt Charleston (my first attempt in 2018 succeeded, second attempt in 2019 failed).
6. Row 1,000,000 meters on a rowing machine.