Surge for the Cure 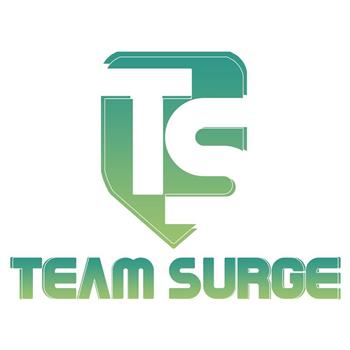 Welcome to the cause!

Basement Surge
Donate
Five million people worldwide are living with Parkinson’s disease — a chronic, degenerative neurological disorder. In the United States, 60,000 new cases will be diagnosed this year alone. There is no known cure for Parkinson’s disease. But through your support of Team Surge, you can help change this. The Michael J. Fox Foundation for Parkinson’s Research accelerates high-impact science through smart risk taking and problem solving with a commitment to urgency and efficiency. We're one of thousands of people around the globe who are turning their passions into Team Surge fundraisers to help them speed a cure for Parkinson’s. When you give today, 100 percent of Team Surge proceeds go straight to MJFF research programs. The guys from The Basement Surge wanted to partner with The Michael J. Fox Foundation for Parkinson's Research because John's Grandfather had Parkinson's. John and Frank seen first hand how the disease affects a person. Despite what was happening to him, Grandpa never stopped. He was always fixing things around the house, cracking jokes and took care of his family as best he could. One of Franks fondest memories of Grandpa is how he always used to force Frank to eat a banana. Grandpa loved his banana's. John and Frank have always wanted to find a way to memorialize Grandpa because without him the surge would not be possible, and they finally found it with the Michael J. Fox Foundation. They created Team Surge and the Surge for the Cure fundraiser where 100% of proceeds go toward funding the research to the cure for Parkinson's. We know Grandpa would be proud. So join Team Surge in the SURGE FOR THE CURE...and eat a banana! Thank you! - John & Frank Team Surge The Basement Surge is a general discussion comedy podcast out of Brooklyn, NY. We drop new episodes every Monday on all major podcast listening platforms. You can find more details at TheBasementSurge.com

The Mission is an official event on MJFF! Join us June 26th at 11am for an 8 mile rollerblading extravaganza! We're very excited to kick this off!