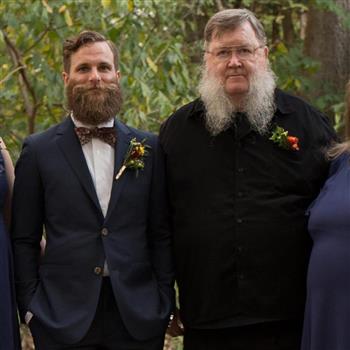 Hello everyone and thank you for donating. I want you to know that I appreciate every dollar that you give and that it is all going to a good cause. Below is a little bit about Parkinson's, MJF foundation, and why I'm doing this.

As some of you may already know, I've decided to fund raise and run the Dopey Challenge for Team Fox in January to support the Michael J. Fox foundation. Their goal is to find a cure for Parkinson's disease.

I've done fundraising before for the Leukemia and Lymphoma Society with the goal to just give back to a community and make one of my races count for something more than just me. This time though I have a personal reason for wanting to raise money for a cause.

My grandfather was diagnosed with Parkinson's and I want to help out. For those of you who don't know, I did not have a father growing up. Which was fine because my Grandfather stepped in and took the role. He taught me so much and showed me so many things. Between him and the rest of my family I think i had a better childhood than some people that I know that had a "normal family."

My required goal for this endeavor is $4000 by December. However I would like to exceed that by as much as I can. I don't know how much the money will help in the big scheme of things or if they'll find a cure in a time that could help, but at least they're trying. And who knows, maybe they will have a breakthrough of some type using the money that we'll donate.

If you can help out, please donate. If i can find 400 people to donate $10 I'll be at my goal already! (easier said than done, I know) If not, that's ok too, but please spread the word. I also plan on trying to host some events up until December to bring in some donations, so stay tuned for those. Pub Crawl anyone?

Five million people worldwide are living with Parkinson’s disease — a chronic, degenerative neurological disorder. In the United States, 60,000 new cases will be diagnosed this year alone.

There is no known cure for Parkinson’s disease. But through your support of Team Fox, you can help change this.

Team Fox is the grassroots community fundraising program at The Michael J. Fox Foundation for Parkinson’s Research (MJFF). MJFF accelerates high-impact science through smart risk taking and problem solving with a commitment to urgency and efficiency. I’m one of thousands of people around the globe who are turning their passions into Team Fox fundraisers to help them speed a cure for Parkinson’s. When you give today, 100 percent of Team Fox proceeds go straight to MJFF research programs.

9. BSBrandy Sprague
My dad has Parkinson’s as well. Good luck on your run

12. TETessa Emery
Good Luck John!
13. JBJoyce Brown
Thankful you are doing this. I have cousins, a mother and daughter, with this disease.

16. MGMatt Griffis
I wish you the best of luck in hitting your goal. Cheers

21. CLChristian Licodo
Go Caps !! My wife has Parkinson’s as well.

23. BWBarbara Weaver
John, The first twenty is from Jim Marson, my friend and the rest is your late birthday gift! Good luck! Bobbi 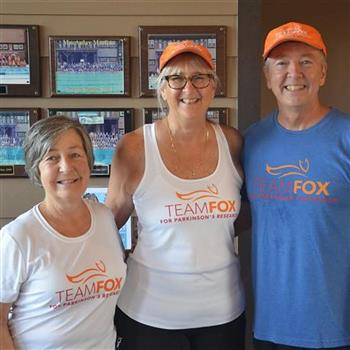 52. MMark Cowles
Good luck on the races! Great reason for a fundraiser.